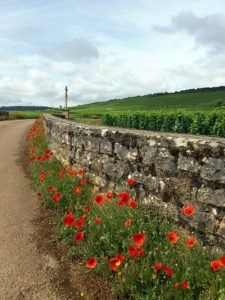 A fresh and refined, anything-but-basic Bourgogne sourced in part from older vines in a perfect plot that sits at the foot of grand cru Clos Vougeot. High-toned summer berry fruit, lots of spice and soul. 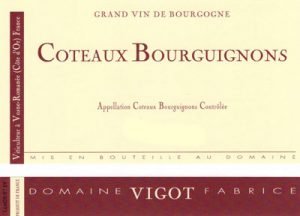 Another overachieving, anything-but-basic Bourgogne from terroir in Nuits-Saint-Georges. ‘Les Maladières’ cozies up to villages-level Nuits vineyards, and shares a vein of darker fruit and lots of spice. Taste it blind and tell us where you really think it’s from! 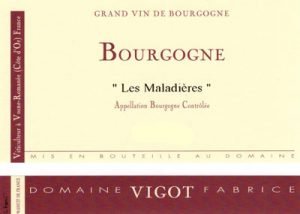 The Vigot family’s vines sit on the Vosne side of Nuits-Saint-Georges, located in two perfect parcels that were planted mostly in the 1950s. There’s a Vosne aromatic energy here, with a heady core of Nuits fruit and soul. 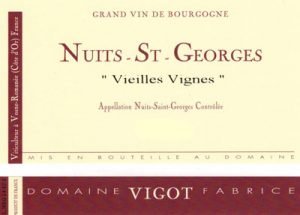 ‘Les Crais’ is found on the Brochon side of Gevrey-Chambertin, and benefits from rich and deep, decomposed limestone soils. Refined and rustic, with a lively, complex core of earth and herbs and dark fruit, this is a dead-ringer for a premier cru.

‘Etelois’ has some of the grander neighbors in Gevrey-Chambertin; this perfect parcel borders both grand cru Chapelle-Chambertin and premier cru ‘Petite Chapelle.’ Older vines planted in the early 1960s, soils that couldn’t be better if they tried: this is one heady, handsome and long-hauler Gevrey.

A picture-perfect example of the elegant complexity and aromatic intensity of the best of Vosne. Here the Vigots combine fruit from two plots, ‘La Colombière,’ near the heart of the village and planted in 1979/1980, and ‘La Croix Blanche,’ at the border with Nuits, planted in 1947/1948. (Know that Mugneret-Gibourg’s Vosne villages sources fruit from these same vineyards!) Silky, refined, sublime. 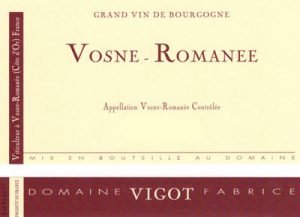 The vineyard ‘Les Chalandins’ is found in Flagey-Echezeaux, not far from grand cru Clos Vougeot. Here you’ll find some of the family’s oldest vines, as a majority of their holdings were planted in 1939. Extremely low yielding vines produce fruit of such intensity and depth, the result is overwhelming! A villages-level Burgundy that seriously overperforms. 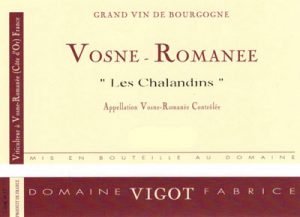 The estate’s prized possession, a vineyard that showcases the Vigot family’s incredible talent in caring for older vines. Here high up on the slope at the forest line, ‘Damaudes’ touches premier cru ‘Malconsorts’ in Vosne and premier cru ‘Damodes’ in Nuits-Saint-Georges. The family’s few rows were planted in 1935; soils are pure limestone. Structured and silky; a glorious Vosne. 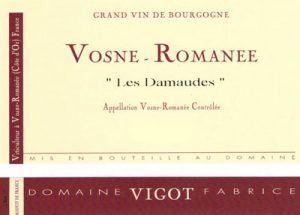 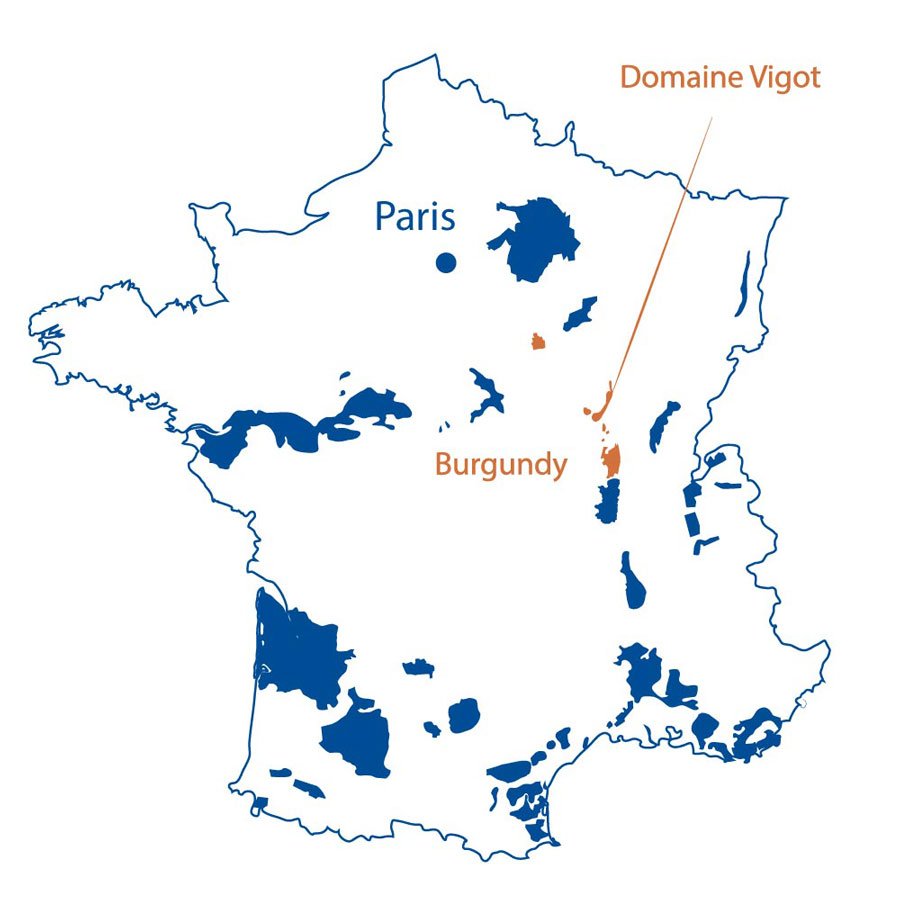 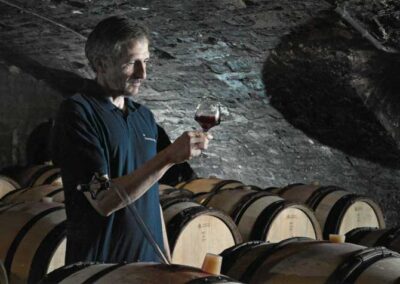 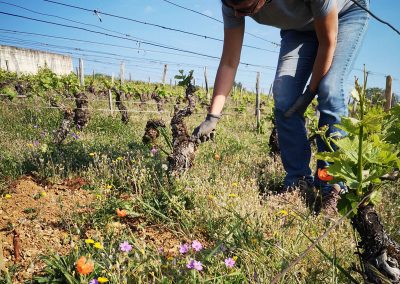 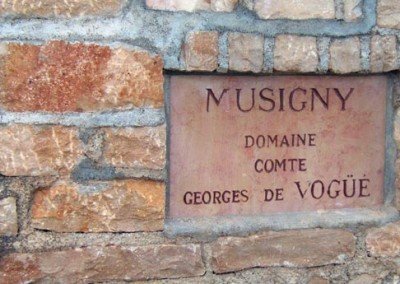 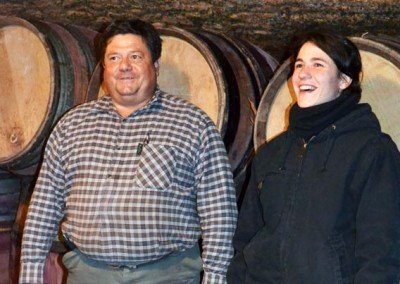 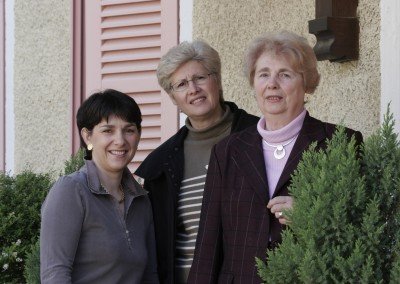 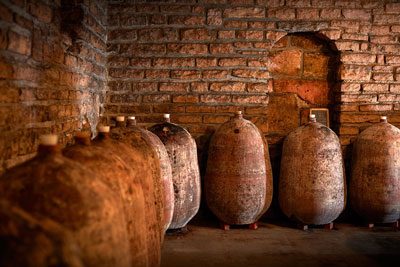 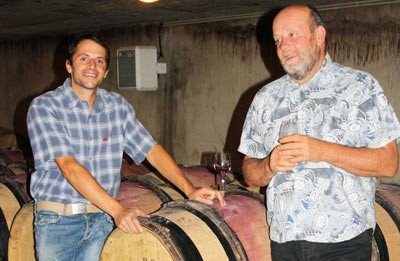 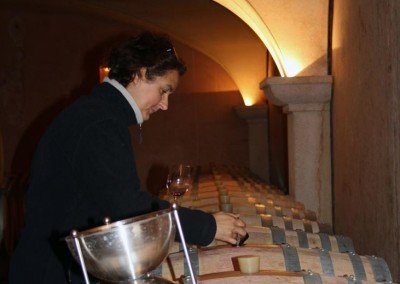 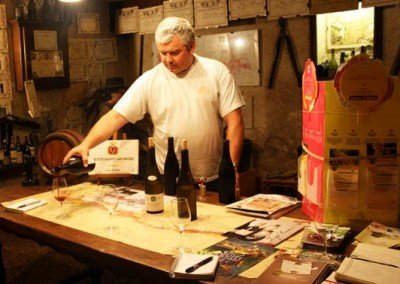 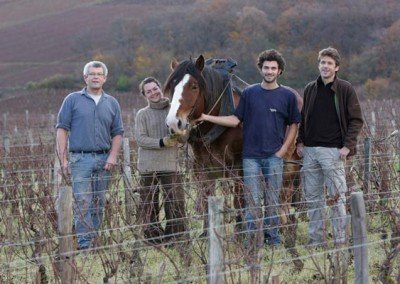