“One Of The Most Impressive Tastings” Says Jeb Dunnuck

North Berkeley Imports‘ Owner & Importer Billy Weiss sat down with Jeb Dunnuck of JebDunnuck.com in early November 2020 to present a selection of our French/Italian portfolio — since Jeb started his publication, he’s on occasion highlighted importers he respects as part of his “Importer Highlight” series of articles.

To say the tasting was a success is an understatement. Here’s Jeb’s introduction, to the some 70+ NBI wines that were presented and reviewed:

North Berkeley Imports began in 1999 when Billy Weiss purchased the tiny North Berkeley Wine shop based in Berkeley, California. Weiss quickly grew the company into a full Importer based business that today focuses on France and Italy, with over 100 producers.

While I’ve known Billy Weiss for over a decade now, primarily due to his Rhône producers, I’d never had the chance to sit down and do a broader look at his portfolio. To say I came away impressed would be an understatement. Across the board, this is one of the most impressive Importer Highlight tastings I’ve done, and the consistency and quality that Weiss is able to bring to the table is incredible.

The majority of Weiss’s Rhône producers are covered in our Regional reports, so this report focuses on his Burgundy and Italian producers. It also includes a handful of seriously good Champagne, Bandol, and Loire releases.

Congratulations team and bravo Billy for knocking it out of the park!

Earlier this year, North Berkeley Imports was named “Importer of the Year” for the second year in a row by Wine & Spirits Magazine. 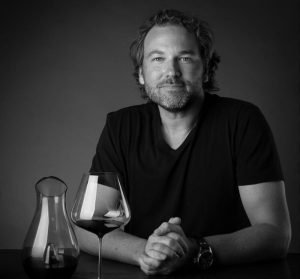