So excited to see nearly all our northern Italian partners listed in the December 2019 edition of Wine & Spirits Magazine, under the header “Year’s Best Barolo & Barbaresco.” And do they ever deserve it! Our partners Fratelli Alessandria in Verduno, Piero Busso in Neive, Tiziano Mazzoni in Ghemme and La Briccolina in Serralunga d’Alba are firing on all cylinders, making some of the finest Nebbiolo wines of their careers. Many are still in stock; check them out!

Fratelli Alessandria 2014 Barolo Monvigliero
This is impressively ripe for a 2014, with flavors of dark cherry and plum framed by fine-grained tannins. Notes of licorice, mint and black pepper enliven the flavors, and the finish is long and lifted. § North Berkeley Imports, Berkeley, CA

Fratelli Alessandria 2017 Barbera d’Alba
Culled from the estate’s younger vines in the Verduno commune, this is a juicy barbera, with flavors of blackberry and cherry accented by notes of black pepper and smoked game. § North Berkeley Imports, Berkeley, CA

La Briccolina 2014 Barolo Briccolina
Simona Grasso and her son Daniele farm 16 acres of vines in Serralunga’s Briccolina cru using sustainable and organic practices. In the 2014 vintage, they sold 90 percent of their produce, retaining fruit from their oldest vines (50+ years) to make just 3,000 bottles of this Barolo. The wine is fleshy, with dark cherry flavor layered with notes of tobacco and licorice, while lively acidity draws out a rusty minerality. § North Berkeley Imports, Berkeley, CA

Piero Busso 2014 Barbaresco Albesani Vigna Borgese
Pierguido Busso took over winemaking at this estate in 2010; he now farms 25 acres with his parents, Lucia and Piero, and his sister, Emanuela. Their vines in Vigna Borgese, a monopole in the Albesani cru, surround the family home and range from 50 to 70 years of age. Busso ferments the fruit with ambient yeasts and ages the wine in large botti for two years; his efforts in 2014 culminated in a taut, vibrant Barbaresco, with flavors of ripe cherry and raspberry highlighted by notes of menthol, tobacco and white pepper. A backbone of chalky acidity gives the wine a mouth-watering appeal. § North Berkeley Imports, Berkeley, CA

Piero Busso 2014 Barbaresco San Stunet
Piero Busso bought a plot in this Treiso vineyard in 1992. The vines, rooted in limestone and chalk soils at 1,300 feet of elevation, produced a racy Barbaresco in 2014, with high-toned flavors of red cherry, mint and sage in a lithe frame. Its brisk acidity and fine-grained tannins make it a versatile partner at the dinner table. § North Berkeley Imports, Berkeley, CA

Piero Busso 2012 Barbaresco Riserva Viti Vecchie Albesani
Pierguido Busso makes this riserva with fruit from vines planted by his great-grandfather in 1948. He lets that fruit macerate for up to 60 days, and ages the wine in botti for three years. The 2012 shows plenty of development in the notes of forest floor, pressed florals and baked red fruit, yet the tannins remain brusque and meaty, calling for a match with braised pork shoulder. § North Berkeley Imports, Berkeley, CA

Mazzoni 2015 Ghemme dei Mazzoni
Tiziano Mazzoni sources this from a single plot of nebbiolo vines rooted in volcanic soils. The wine is floral and fresh, with lively flavors of red cherry and strawberry framed by snappy fruit-skin tannins. The fruit tones flesh out with exposure to air, filling the lithe frame and taking on notes of white pepper and fresh tobacco that persist through the finish. § North Berkeley Imports, Berkeley, CA 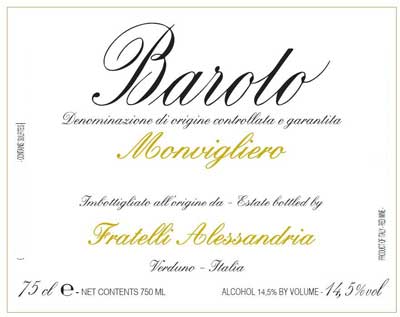 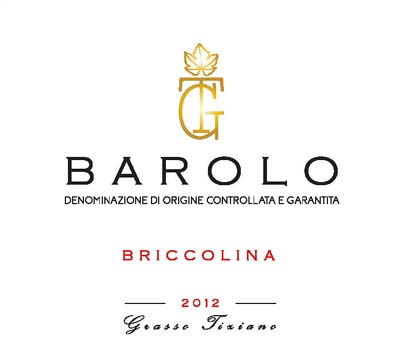 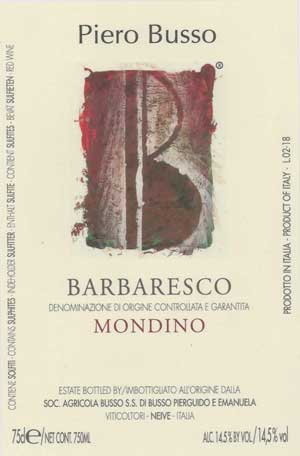 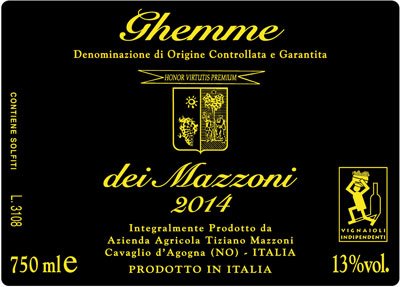