Face to Face with Nerello Beauty and the Etna Beast

Welcome to Dirty Boots and Dusty Bottles, an occasional series on the importing life in France, Italia and beyond. If you enjoy these tales, drop us a line to share your thoughts.

We arrived at the airport in Catania, a port town on eastern coast of Sicily, just after 10 p.m. Tired from our travels, our group piled on to a waiting bus, in which bottles of Etna Rosso were thoughtfully stashed by our hosts, Azienda Agricola Murgo.

We toasted with celebratory glasses as the bus took off down the dark highway, the shadowed silhouette of Mount Etna a silent presence to the west.

Then suddenly, one of our team screamed. 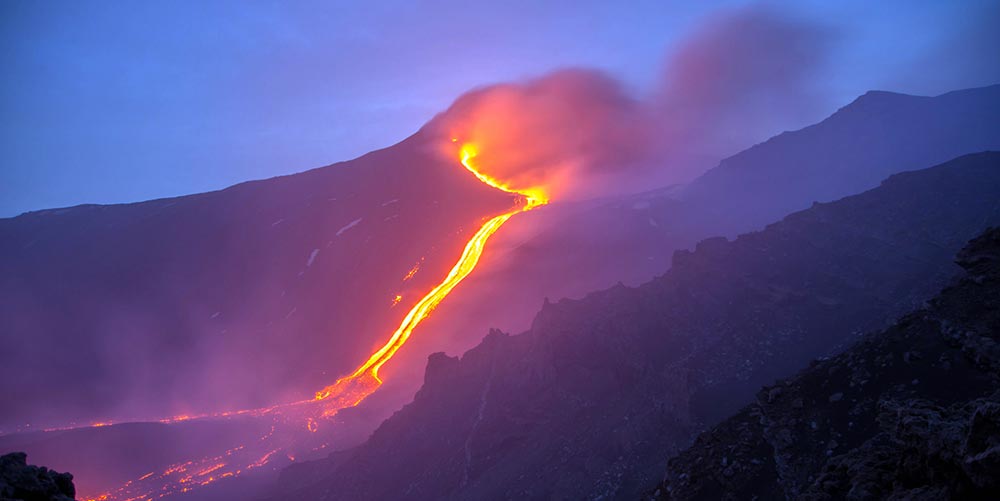 Panicked heads turned, fingers pointed toward Etna. A glowing scar in the pitch-black sky — molten lava from the volcano’s summit — offered a rude reminder of the raw power underneath one of the more breathtakingly beautiful wine regions in the world. “Perhaps she’s just happy to see us,” another team member joked.

Creation and destruction, and then creation anew. For some 500,000 years, our earth has been disturbed by destructive forces, then with time is made whole again, an eternal cycle that (so far) is how Nature likes it. Looking out into the night at the hulking mass of Etna, we pondered how such a ruthless volcanic beast could produce such a beauty like Nerello Mascalese, the rubied, delicate wine in our glasses.

Nerello Mascalese’s popularity certainly has surged in recent years; it’s clear that the very elegance of this native Sicilian grape helps it stand out among a sea of heavier regional reds.

Thankfully, our night in Santa Venerina at the Murgo estate passed without event, and we woke up the next morning eager for espresso and a peek at Etna in the early light. 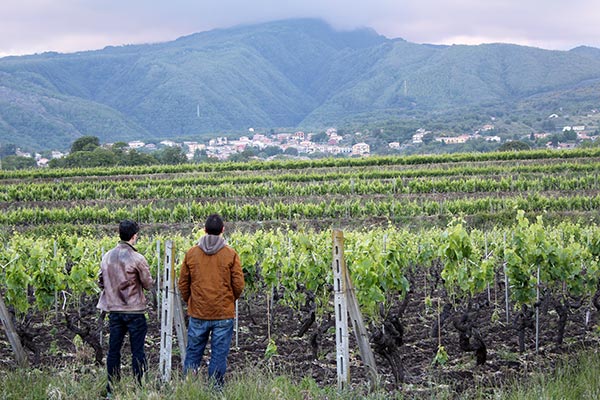 Now wreathed in dense layers of fog, Etna remained mysterious. But we knew she was there. A low rumble, almost a growl, greeted us as we walked down to the estate’s cantina. For the next 24 hours, the ground continued to grumble, the sky seemed to shake. Nervously we sipped our coffees, baffled by the nonchalance of the Murgo brothers, who acted as if nothing at all was amiss.

Steel clearly runs in the blood of the Murgo clan. But for good reason — they’ve cultivated vines and olives under the fiery gaze of Etna for more than a century. Many times the volcano has destroyed their vineyards and property, and regularly covers the family home in layers of ash. Yet as the brothers told us, this is the price one pays for the privilege of growing vines on Etna’s slopes. 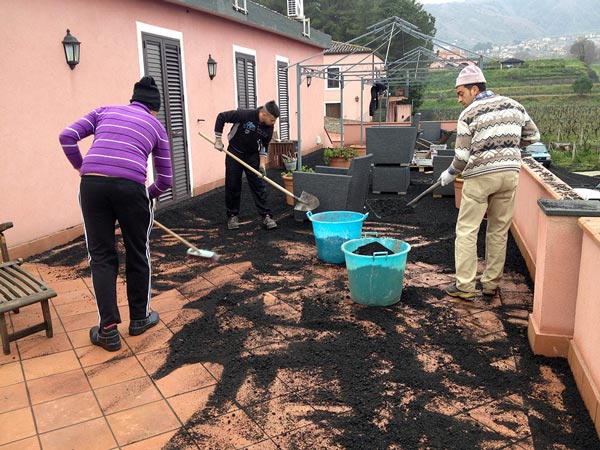 The Murgo family knows that when looking for concentration and complexity in grapes, one’s eyes must go up. Altitude always wins; and with an elevation nearing 2,000 feet, the unique terroir of this mountain in the Sicilian mist produces fruit that owes its personality and taste to the place it was born.

Etna’s extreme environment, with significant diurnal shifts and pure volcanic, mineral-rich soils, gives Nerello Mascalese the perfect stage to shine. What’s more, Nerello Mascalese berries hang on to the vine a month longer than any other grapes grown in Sicily, adding a depth and complexity of flavor that can only come from time.

It’s for this reason that Nerello is often mentioned in the same breath as the noble grapes of Burgundy and Barolo. Yet as the Murgo brothers explained it, it’s Etna’s influence that sets Nerello Mascalese in a class — perhaps even an orbit — all its own.

That evening, after touring the vineyards, we sat on the family’s patio and savored Murgo’s Champagne-styled sparkling wines from Nerello Mascalese, toasting Etna and all her wonders.

She, contented with our visit and respect for her authority, rumbled a toast back.

To learn more about our partner Azienda Agricola Emanuele Scammacca del Murgo and the family’s wines from Sicily, call a portfolio specialist at 800.266.6585.